Contrary to the title there are multiple demons in this game. Not a single one of them drops multiple souls upon death. So who’s that demon carrying this powerful game item in large quantities? Your newly created character has a chance of becoming one.

There is a tutorial. Few tips on weapon-handling and controls. Skeleton knights, too slow and clumsy to actually hurt you. And then it ends with a shock of being smacked down with a giant axe by the first boss. Or you manage to kill him, of course. You’ll have to perfect your game in order to do that; the game only offers one try. Failed to do it? Restart and create a new character.

Regardless of your success (or lack thereof) you end up waking up in a eerie cathedral-like place. Structurally Demon’s Souls is five mini-metroidvanias connected through this tiny overworld called Nexus. Inside it you’ll find some (the most important one being Maiden in Black who trades souls for attribute upgrades). Then there’s Pantheon at the top: the cryptic display of high-scores of other players and a teasing reminder of online multiplayer whose active years are long gone. Finally, in the main space there are Archstones. They teleport you to one of five gigantic maze-like levels. Aside from the player and a handful of travelling there’s no obvious connection between these worlds. Well, that and the fact that the door to the last boss at the end of World One (Boletarian Palace) would open only when you defeat all other the bosses in all of the game. There’s lore connections, but much like in later spiritual successor Dark Souls they’re subtle and are explained largely through item descriptions and environmental design.

You touch the first archstone; you arrive in World One. You’re on a bridge. There’s a castle ahead. The wind is howling between old grey rocks. There are some wooden planks in the way hiding undead enemies similar to the ones you’ve encountered in the tutorial area. This time they’re way more deadly. They ambush and kill you easily.

It’s interesting to note certain tricks, tropes and ideas that later were inherited by next games of From Software. There’s a rickety shanty-town of Defilement Valley with a poison pool at the bottom; awfully familiar to Blighttown in Dark Souls and The Gutter in Dark Souls II. Prisons, decrepit castles, giant libraries — this set of props is shuffled around. There will be dragons (and yes, you can snipe some of them). Equipment weight matters; affects your speed, stamina and dodge-roll capabilities, which may be a bit clunkier this time (first time) limited to four directions when you have the camera locked on the enemy.

The stylistic design choice for the victory screen follows suit.

There are two character forms: body and soul. You only can summon other people in the body form, but you’ll do less damage. Die once and you now can place your summoning sign offering help in co-op or try to invade other people’s games for PVP.

Enkindled and unkindled, unhollowed and hollowed.

The question is: if it’s essentially the same thing albeit more archaic in everything from technology to UI design, what’s in it that’s unique? What was so cryptic and complex that’s never made an appearance in Dark Souls series and Bloodborne? Character and world tendencies are a good example of that.

Simple explanation of character tendency is that it’s mostly affected by multiplayer: you get white if you kill an invading player and get black for invading someone yourself. There’s also some portion of black tendency that you can get from killing certain . “Pure white” tendency gets you some stats bonuses, a ring and some unique scenes and events. Black gets you penalty to your health. “Pure black” also buffs your attacks when invading and unlocks a unique quest.

World tendency is separate from that and is split by five world sections. You get black for dying in body form and killing and get white for pretty much everything: bosses, invaders, NPC invaders, dragons and primeval demons. Having white will get you stats bonuses; decreased probability of looting enemy weapons and increased chance of getting healing herbs. Black will send NPC invaders and primeval demons after you, buff regular enemies. For that you’ll get increased possibility of getting your hands on some equipment.

The game has mind-boggling secrets in abundance. There is a boss that just revives itself when you kill it (and it’ll be happening until you figure stuff out in the preceding level). Key NPC, a blacksmith that can enhance your weapons is hidden so well, that there’s non-zero chance you’ll miss him on your first playthrough (if you won’t resort to collective wisdom of the internet). To cover up his existence game even throws at you another, easier accessible blacksmith, who only provides basic upgrades. Like it wasn’t enough that a flowchart for possible improvements looked as confusing as a street sign in Hungarian. 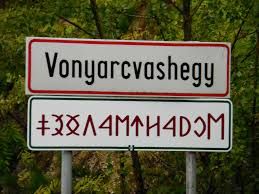 Demon’s Souls has tested new ideas in such lavish amounts, that sometimes its successors chose to split them into more digestible chunks. Take for instance Old Monk boss fight. If you happen to be in the vicinity of the boss area you can not just invade another player’s world, but be the boss himself. The idea of PVP boss fights resurfaced in Dark Souls II with Looking Glass Knight. This time you merely assist the boss in dealing with the player, rather than left to your own devices. In similar fashion you can be summoned to Halflight, Spear of the Church boss fight in Dark Souls III. But there’s one more detail of Old Monk that gained its own life. That is his headwear. Absurdly looking mess of rags wrapped around one's head has appeared in every Dark Souls game. Sometimes it looks like a bottle, sometimes it’s more akin to the original funnel-like atrocity. And this is the backbone of Souls experience: overwhelming you with uncertainty and danger, and yet winking with mischief if you’re a veteran, if you’re in the know.